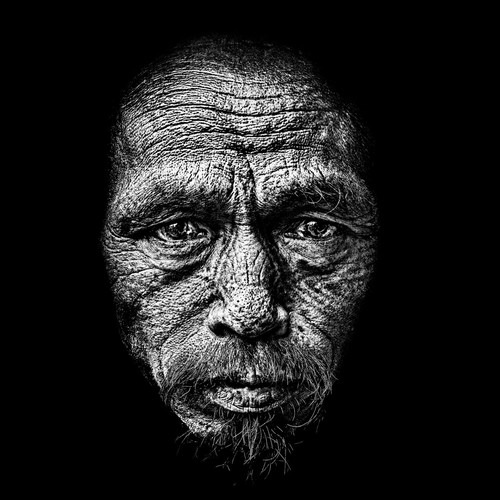 This series is part of a set of perspectives on land-based conflicted geographies, that has been the artists’ pursuit in the North East part of the Country and captures the last remaining headhunters of the Wancho tribe. 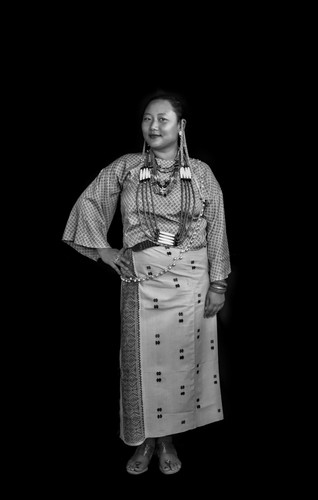 Khonsa (Arunachal Pradesh): “There are Goblins in the forests”, said Richa.

“Goblins? Have you seen them? What do they look like?”

“They have long hair that reach their feet. They are tall. They visit the Khonsa market sometimes. They are visible to just one member from a village. Only he can see them. My father once saw them by bribing a villager. They are fearful to look at. They are forest folk who gave each village a recipe to the secret ingredients to jumin (rice beer).”

While the Noctes gave up headhunting in 1960s – the last incident was reported in the 1980s – when the chiefs unanimously decided to give up on the practice and become part of civil society. It was also the period when the armed forces were securing the location to integrate the region with India. Christianity was gaining momentum alongside the insurgency ( and the advent of the Nationalist Socialist Council of Nagaland factions). By the 1990s, the Noctes were Christianised and the Morung – where the hunted heads were displayed, once a symbol of a Nocte village’s prosperity and strength – lost its heads and glory.

“Take some gifts for the Raja, when you go to Lapnan. It is tradition,” advised Samman, a resident of the Rajkumar bungalow and the chief of the Pansumthong village, on the outskirts of Borduria, which was an early gate to Myanmar once upon a time.

At Lapnan, there was no statue of Jesus Christ or the Virgin Mary. The raja’s hut was the biggest. It not only had a crisscross V-shaped bamboo flooring, as was the tradition for the chief’s hut, but was elevated from the ground to protect from animal attacks and was made entirely from bamboo, which grew aplenty there. Traditionally, the rajas could take in many wives, who all lived together. The rani(queen) was the first wife of the chief and of royal lineage, while the other wives were part of an alliance or treaty to conquer other lands and maintain peace. Only the rani’s eldest living child could inherit the chieftainship. Lapnan, incidentally, turned out to be the only Nocte village that hadn’t embraced Christianity as the raja and the community were keen to protect the Nocte culture and traditions. The Morung at Lapnan had on display hornbill heads, bison heads, wild boar heads and few snake heads placed in the rack below the over two dozen human skulls of various sizes and shapes. The Morung was a sacred place, where women couldn’t enter and served as a meeting place for the menfolk.

Headhunting would involve a group of men organising a hunt for food or to protect their land or conquer new land, and only headhunters would decorate their daos (traditional swords/long blade knives) with the hair of their hunted. The woman’s hair was treated with respect as it showcased that the headhunter had successfully headhunted a woman after killing her protectors in battle, as well as the strategy of occupying new land. The successful headhunting party would then be tattooed on their faces. The oldest of the headhunters is now in their late 80s. Tattooing too is dying out, with the oldest tattoo artist, 84, losing the steadiness in her hands.

The Noctes have a strong sense of identity and are still trying to preserve their culture, and look towards community building and belongingness to their land to prevent them from migrating to other urban centres in the country. Most of the Noctes are employed in the government services and Loku is when they celebrate their identity, traditions and culture along with the state, army and tourists.

“Baba, see we are in the land of the rising moon”, said Samman pointing out in the night sky that was getting lit up, while I tasted porcupine in the raja’s house, gulping down the bittersweet meat with jhumin, looking at the rising full moon behind the Patkai hills. 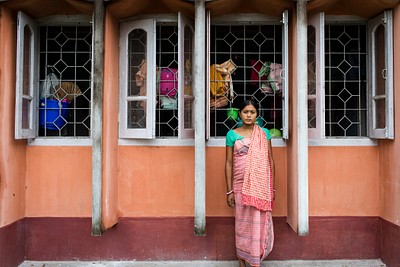 Bodoland Territorial Autonomous District (BTAD) in Lower Assam, India in the districts of Kokrajhar, Chirang and Dhubri were the grounds of ethnic clashes between the indegenious Bodos and the migrant Muslims, late July 2012. Around 95 deaths were reported and around 5 Lakh people were displaced of which 4000 were pregnant women who found shelter in relief camps set up in Government Schools and Colleges or in makeshift venues. Subsequently in Dec 2014-Jan 2015, insurgency in BTAD targetted the adivasis, which lead to further displacement, with the UN reporting 7 Million IDP's, one of the biggest in India during this period.

Nowadays conflicts with the aim to politically control the population within states have become more prevalent. In these type of conflicts mass exclusion is often a strategic goal. At the beginning of 2006 the UNHCR estimated 8.4 million refugees and 23.7 million internally displaced persons (UNHCR, 2006).These so called internally displaced persons face particular reproductive health risks due to a complex set of factors of which the disruption of health care systems and life trajectories, loss of income and social networks, changing population structure and power relations are some examples (Esscher, 2004; Krause et al., 2000).

The importance of treating and preventing poor reproductive health outcomes and risks of people who face emergency and displacement was acknowledged at the International Conference on Population and Development of 1994, after which a broad set of interventions was designed and implemented to improve the situation of these populations (Esscher, 2004;Krause et.al., 2000; UNHCR, 1999).

Resulting reproductive health risks are gender and sexual based violence, increasing vulnerability of adolescents due to instability in sexual and reproductive development, rising number of unwanted pregnancies due to forced and unprotected sex, limited or interrupted access to contraception, and growing number of (unsafe) abortions with subsequent mortality, morbidity, stigmatizing and social exclusion. Also, lack of adequate nutrition, together with the increase of infectious diseases affect the overall health status indirectly affecting reproductive health status of the population. Finally, the disruption of health care systems lead to under provision and difficulties in accessing care needed. (Krause et.al,2000; McGinn, 2004; McGinn et.al, 2004; UNHCR, 1999).

An ignored aspect in India, is the impact of Conflict based Displacement and trauma especially on the maternal health of Pregnant women. Approximately 80 pregnant women from Migrant Muslims, Bodos and adivasi communities were found to be in relief camps post the ethnic strife. They were given Iron tablets, folic acid and Tetanus injections only. No gynaecologists were on call, and the Duty Doctor, Male. Those with resources in advanced stages of Pregnancy had shifted in with relatives or had taken refuge in rented accommodations. This series looks at identifying these women to enable further study. 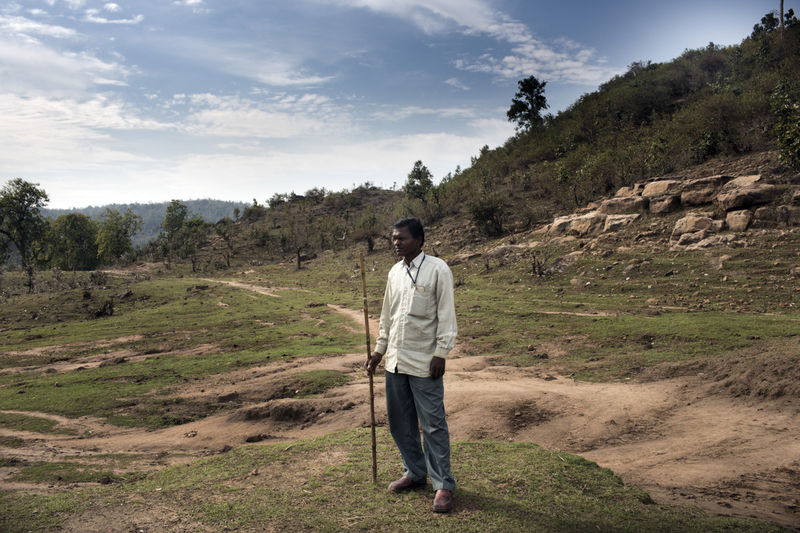 Mahan is a quaint protected forest reserve near the power capital of India, Singrauli in Madhya Pradesh and part of one of the largest Coal Blocks in the country that was allocated to ESSAR

The people of Village Amelia, who practise sustainable living by the Mahan Forests invoked the Forest Right Act to protect the forest and their livelihood. However, the 'company' managed to forge some signatures to get a level 2 clearance for mining in this land. Their struggle continued till a few activists took their concerns to the law and subsequently the courts pulled back on the allocation of coal block.

This series of staged portraits is about these people of Amelia whose signatures were forged and who stood ground to protect the forest land. 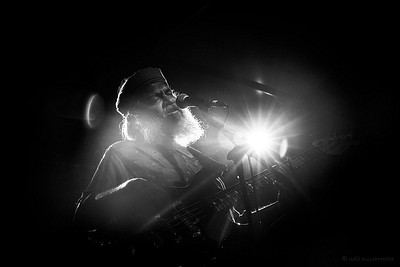 Portraits of Artists in performing arts, authors and writers and visual storytellers