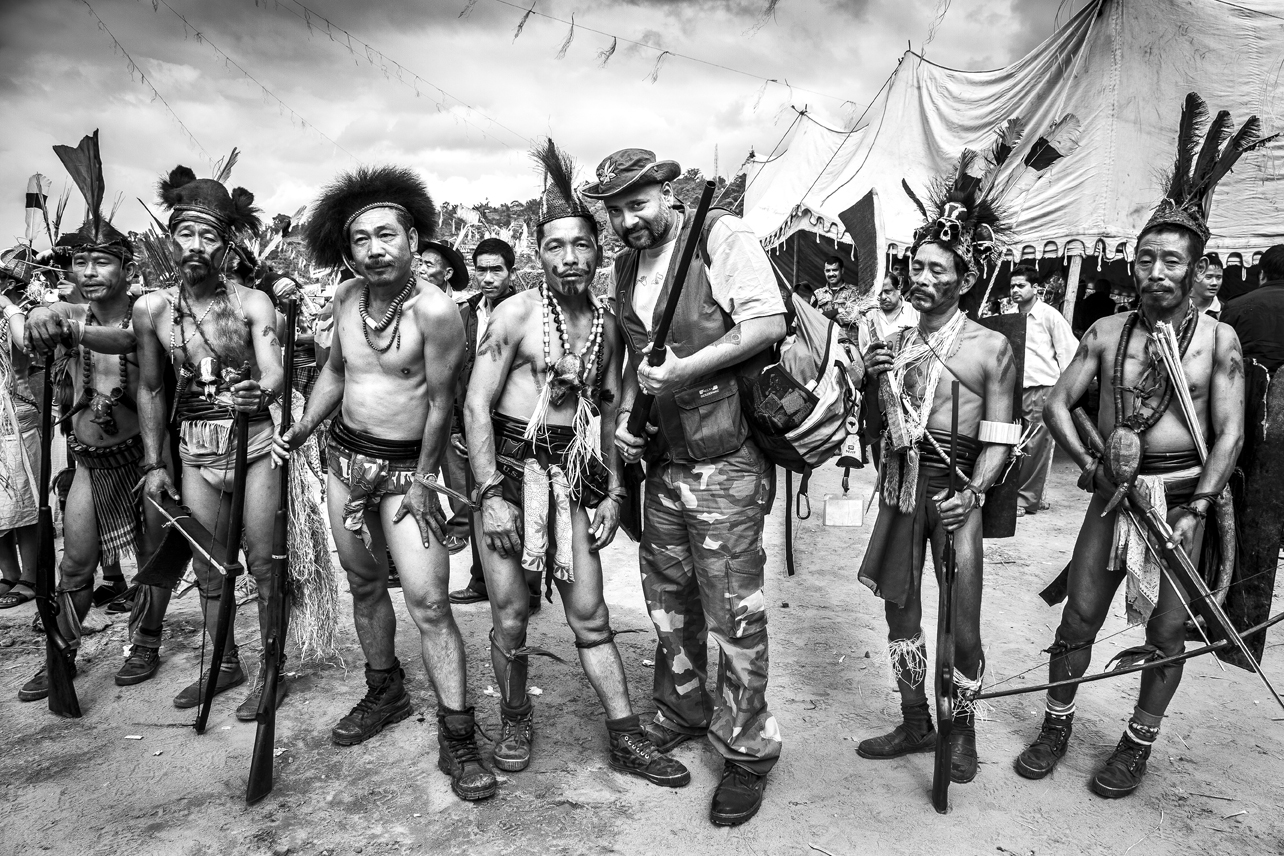 An army officer’s son from a family with rich artistic lineage, Udit Kulshrestha spent his childhood travelling the length and breadth of the country. His remarkable skill in understanding and documenting culture and society had its genesis here. With childhood influences into the Arts, with his paternal uncle being a reputed wedding photographer, his grandfather having taught music to the famed Ghazal maestro Jagjit Singh and his maternal grandmother being India's first Oscar winner - it was a matter of time till he found his calling. Kulshrestha’s storytelling perspectives are not easily realised. They are the outcome of extensive research and experiential somewhere with his subjects – exploring philosophy, literature, design, politics and film - in pursuit of comprehension. A keen observer and a watchful eye, coupled with the tools of photography, whether its commission or assignments related to photographic expressions or grants or his personal expression in challenging the medium of photography in the domain of contemporary visual arts, he strives hard to create honestly and ethically, whether its for corporate, editorial and journalistic, Government & Non Profit and CSR initiatives as well as Art related Institutional clients. He also undertakes pro-bono work for artists and few progressive and developmental societal causes that are dear to him.

In terms of subject matter, his ongoing focus is in two key areas. Born a Hindu, he seeks understanding of the personal, human and societal condition of religion and faith from a prism of Theology. His Hindu series is an ongoing exploration into the depth of meaning created and derived from pilgrimages, gatherings and rituals, traditions and festivities. Interestingly, he explores the same with Animism, Buddhism, Islam, Christianity and various spiritual groups in India, as part of his interests in comparative religious and spiritual visual studies, ethnography and anthropology with its facets surfacing across different projects in his photographic expressions.

Importantly, he is strongly compelled to find and realise the 'unseen' stories of what he considers to be under reported geographies in India – especially in the conflicted lands of northeast of his country, India. His current work is fuelled by frequent travel to borderland geographies of Bodoland (BTAD/BTR) in Assam and Eastern Arunachal Pradesh on the Borderlands of Myanmar, where he is seeking perspectives on the ongoing land based conflict. In his Graphein series, he takes a considered abstract approach to capturing social expression and dissent conveyed through graffiti – a relatively new but growing subculture in India. A keenness to understand people, reflects in his portraiture work across the strata of society from Corporate Leaderships, Politicians to Artists as well as everyday citizens. An Assignment photographer, he has been commissioned by various newspapers, magazines and wire agencies, corporate clients, industrial houses as well as Non Profits and CSR initiatives apart from Development and Aid agencies, internationally as well in India. His photo essays and features on industrial photography is a testament of manufacturing in contemporary India.

Udit’s work is widely recognised and published in magazines and newspapers - including Time Magazine, BBC, The New York Times, Wall Street Journal, Bloomberg, The Washington Post, Financial Times, Boston Globe, Zeit, Gotebergs-Posten, CNBC, The Caravan, Femina, The Hindu, Times of India, Hindustan Times, Indian Express, The Print and Fountain INK to name but a few. He has also carried out magazine covers assignments and contributed to cover stories with India's leading news and journalism publications. His photographs have been published by nearly every international publication.

His work has been part of several prestigious Art Exhibitions including the Indian Art Fair 2014-2020 and his Prints and Fine Art Photo Objects are part of several Private Contemporary Art collections in United States, United Kingdom, Middle East, Asia as well as in India. In 2018, he was the recipient of Sahapedia Grant for Culture. He often mentors emerging photographers and interns from institutes like NIFT as well. A Photography Curator, Speaker, Event Host and patron, he's the Co-Founder of Chitr Sanstha, a Non Profit Foundation for Photography in India. In the past, during Uttarakhand Floods, he had initiated a charity fundraiser with Actor Sushant Singh to help connectivity and education in the region using Photography. Recently during the pandemic, apart from volunteering in Sanitation and food drives, the foundation celebrated a month of photography dedicated to visual literacy by hosting talks with Indian & International Photographers, Curators and Artists to mark the World Photography Day.

His works are exclusively represented by Wonderwall, a leading Photography based art gallery in New Delhi.

Udit is based out of New Delhi and Agra and lives with his canine son Watson.

"It is not how you see the world, but your relationship with it, that make the photograph" 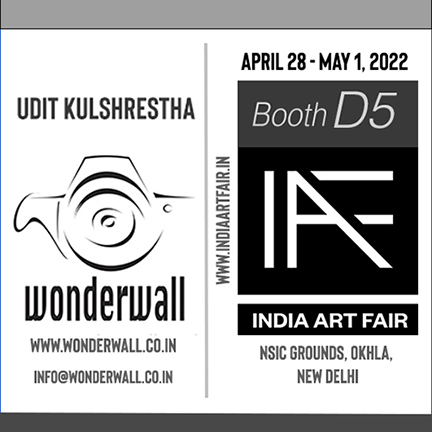