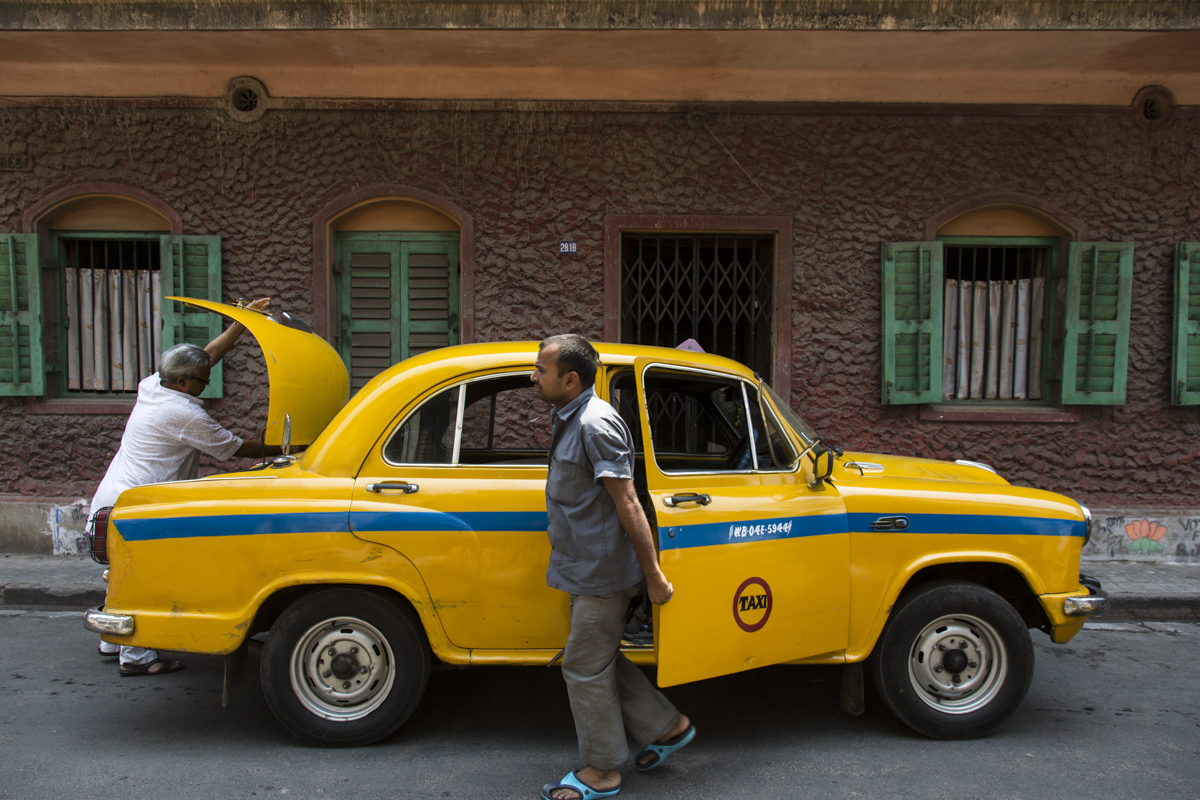 “Light kyon on karoon?” (Why should I switch on the lights?), said M.P Jha in a remarkably identifiable bihari accent, “ujala to hai?” (Its bright out there) pointing to the tungsten street lamps. Singh is one of the drivers of the iconic Yellow Ambassador Taxi in Kolkata, who picked me from the Howrah Railway station one late evening. Once a cult symbol of Calcutta and imbibed deep in Kolkata’s culture, with Hindustan Motors (HM) recent announcement of discontinuing the ambassador, 70,000 of Kolkata’s plying yellow ambassador taxis will one day find themselves as scrap parts.

With Sabyasachi Bagchi’s, (Vice Chairman - Regional Transport Authority, Kolkata, West Bengal) statement in August 2013, the state transport had opened the market to “more technologically advanced” vehicles like Maruti’s Wagon-R and Tata’s Indigo by extending the cash incentive of Rs. 25000 to newer taxis in a bid to increase self employment. These air-conditioned Radio cabs are white.

Cruising along Park Street, or lying in wait at outside the Ballygunge Phari (tram station), violating minor traffic rules, challenging the Tram and making space for itself in the crowded old China Bazar, they ferry passengers across the length and breadth of Kolkata.

One such ride led to many more.

Dropping me to South Lake City, R.P. Singh, another cab driver tells me the taxi permit and the taxi itself is an investment of 7 lakhs. Meters are digital, market competitive. And scrapping the taxis more profitable than selling it back to Hindustan Motors (HM).

With the average life of an ambassador taxi at a decade at max, soon the yellow symbol of Kolkata’s historical wheel(y) past would lose its colour to white. 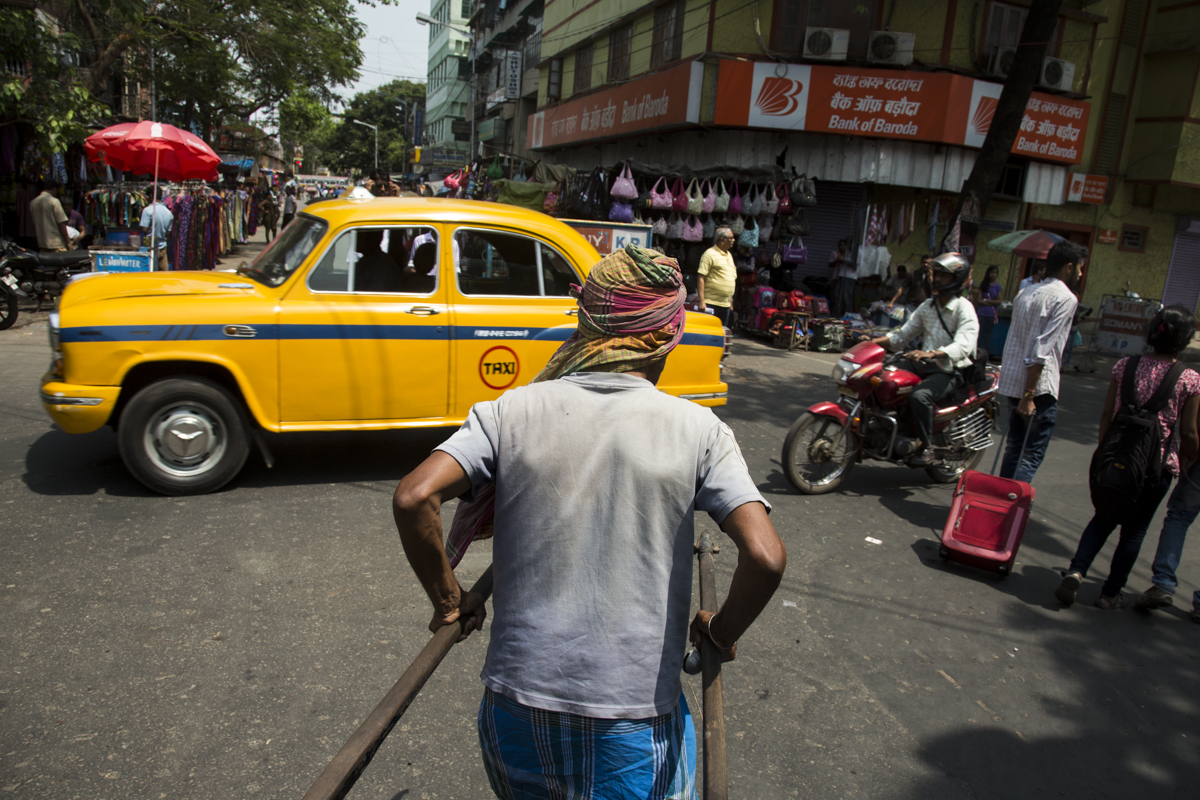 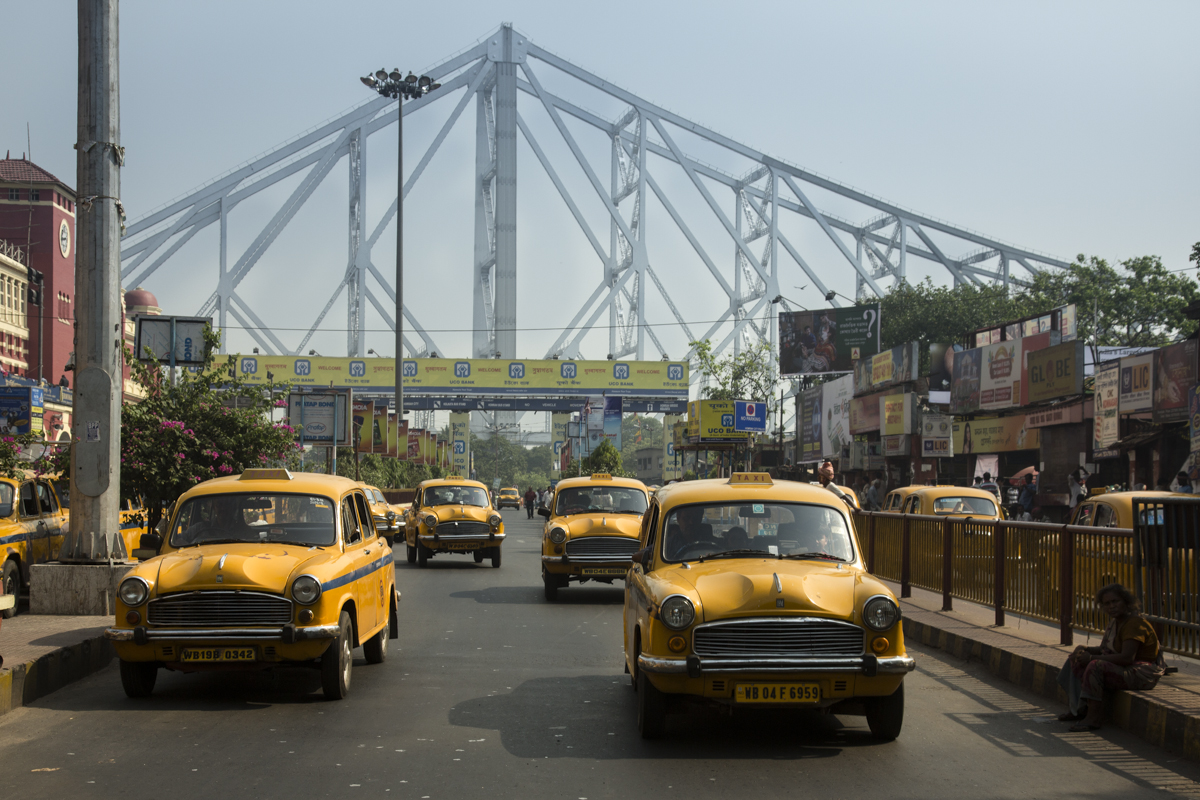 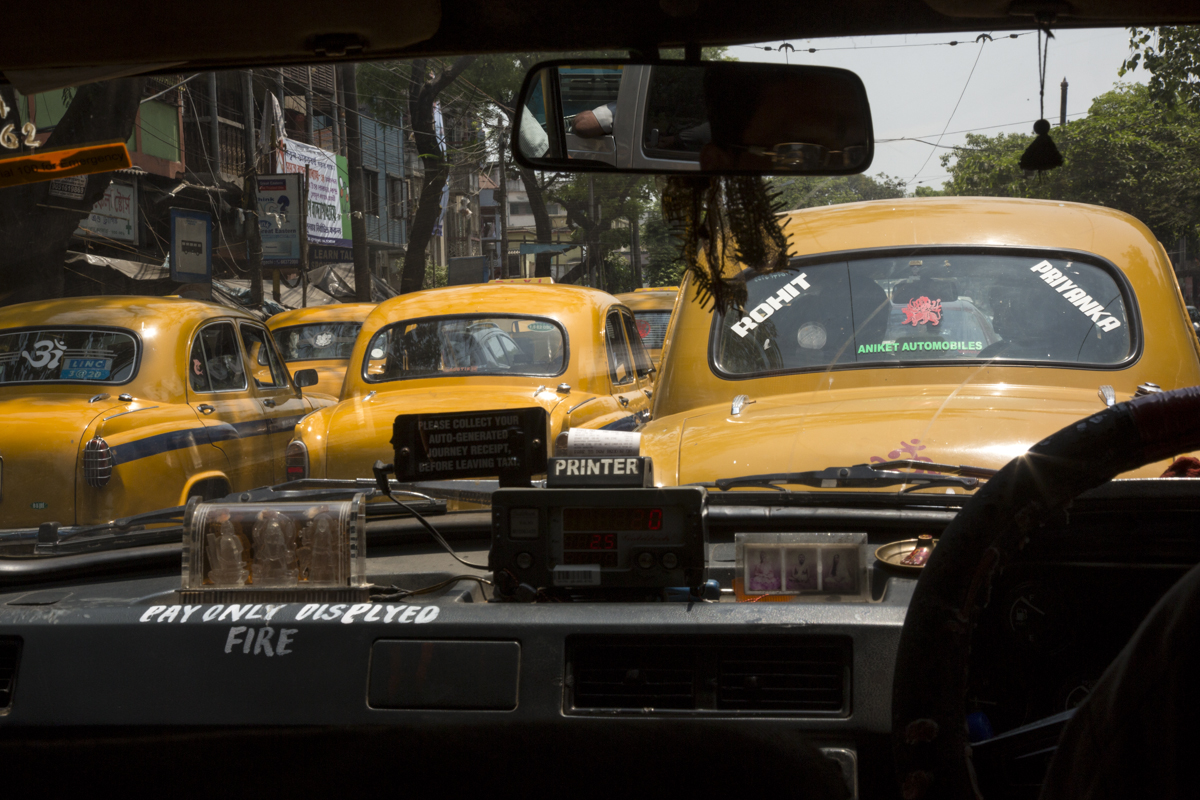 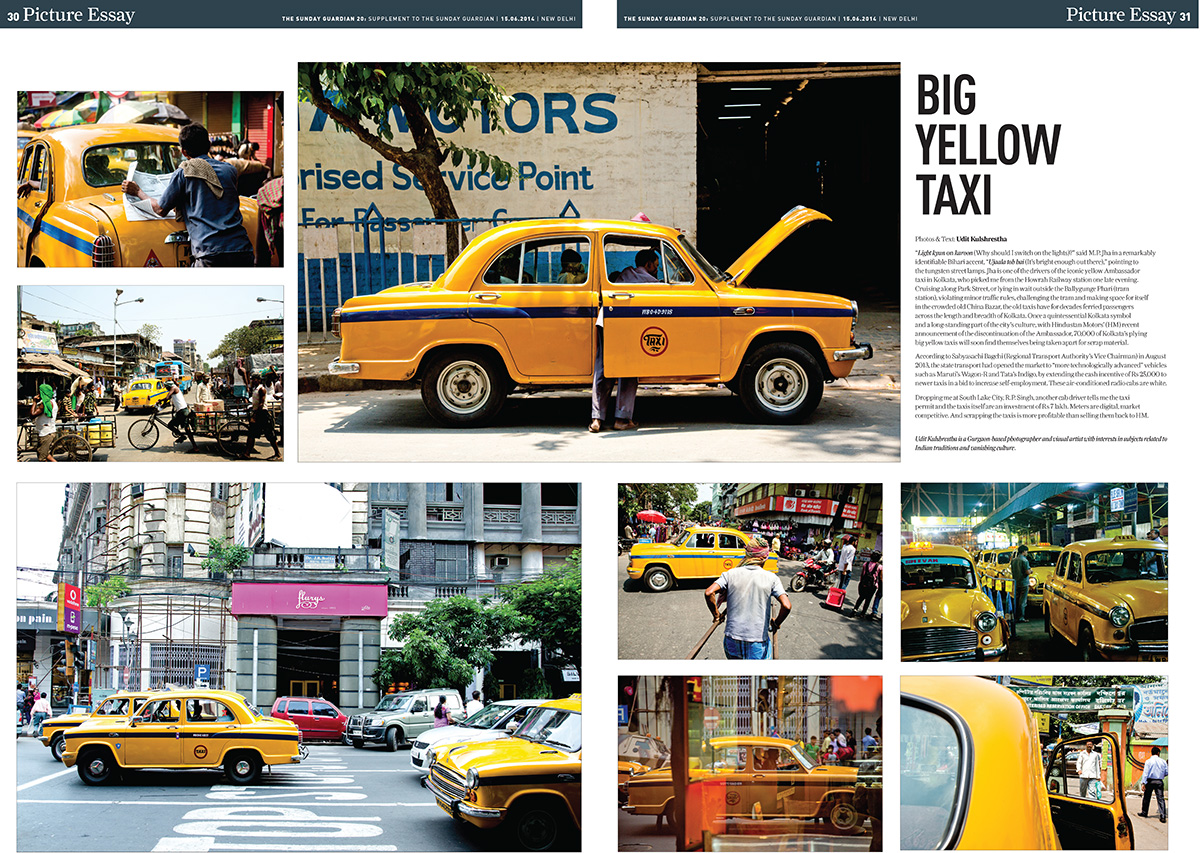