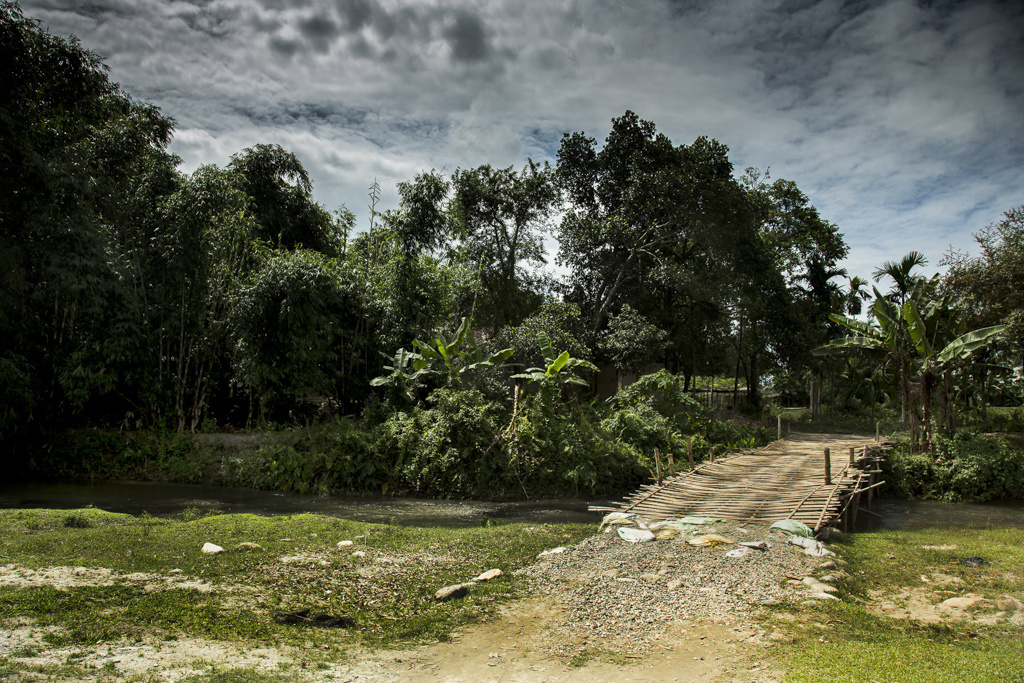 Villages in Mojabari (Chirang District, BTAD, Assam) are connected by make shift river bridges. Accessible by foot or by bicycles only, Picturesque and lush green farms adorn the other side of the river where Bengali Muslims thrive on Farming and Fishing 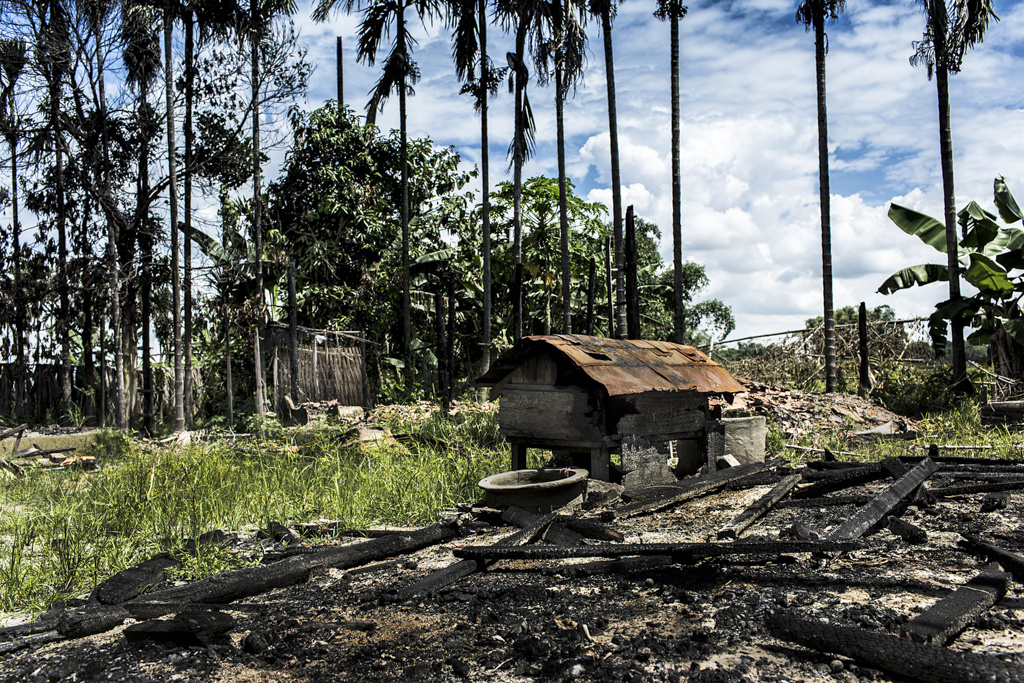 In July-Aug, 2012, Bodoland Territorial Autonomous District (BTAD, Assam) went up in flames with ethnic violence between the Indigenous Native Bodos and the immigrant Bengali Muslims. A burnt home in Pachimdeulgari village, Chirang District where all 65 houses were burnt and one resident hacked to death in the dark of the night. The villagers reported of hearing gunshots and firing before fleeing their village. 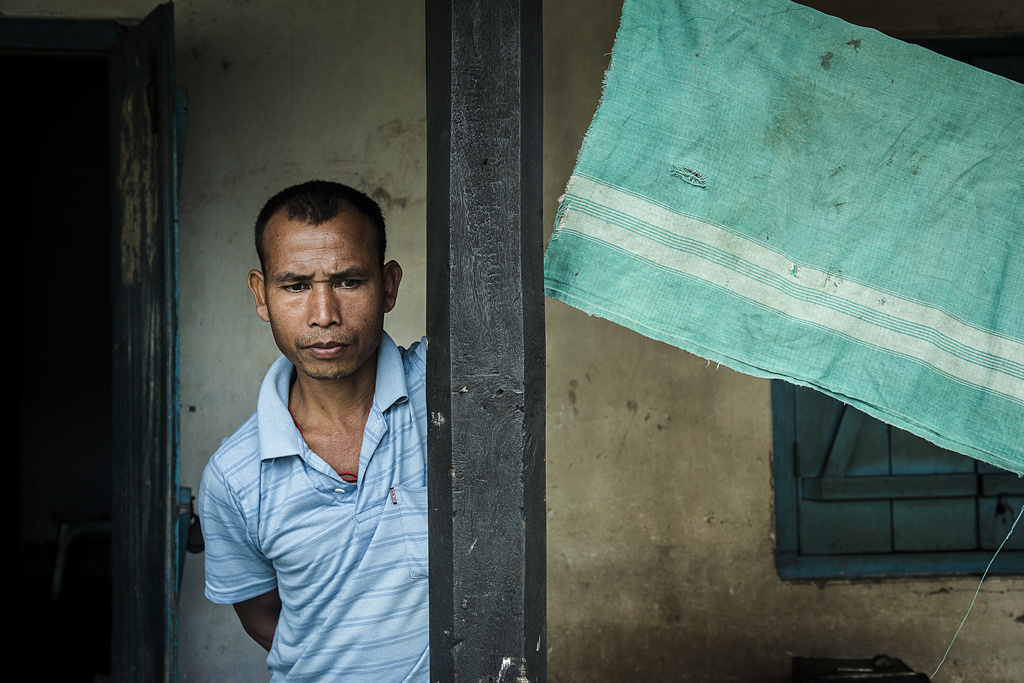 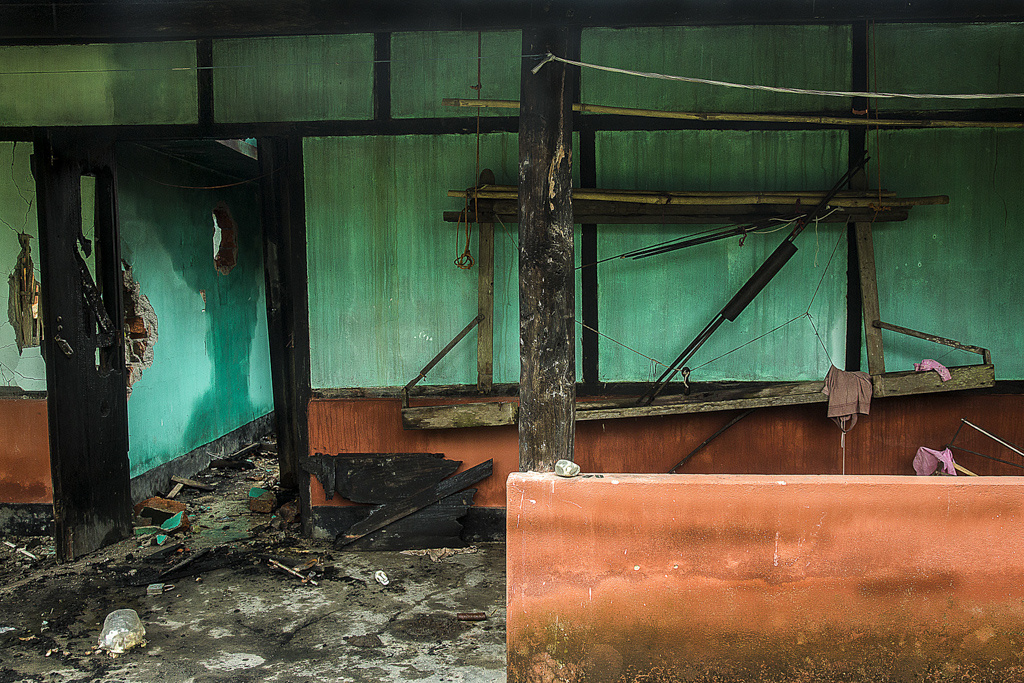 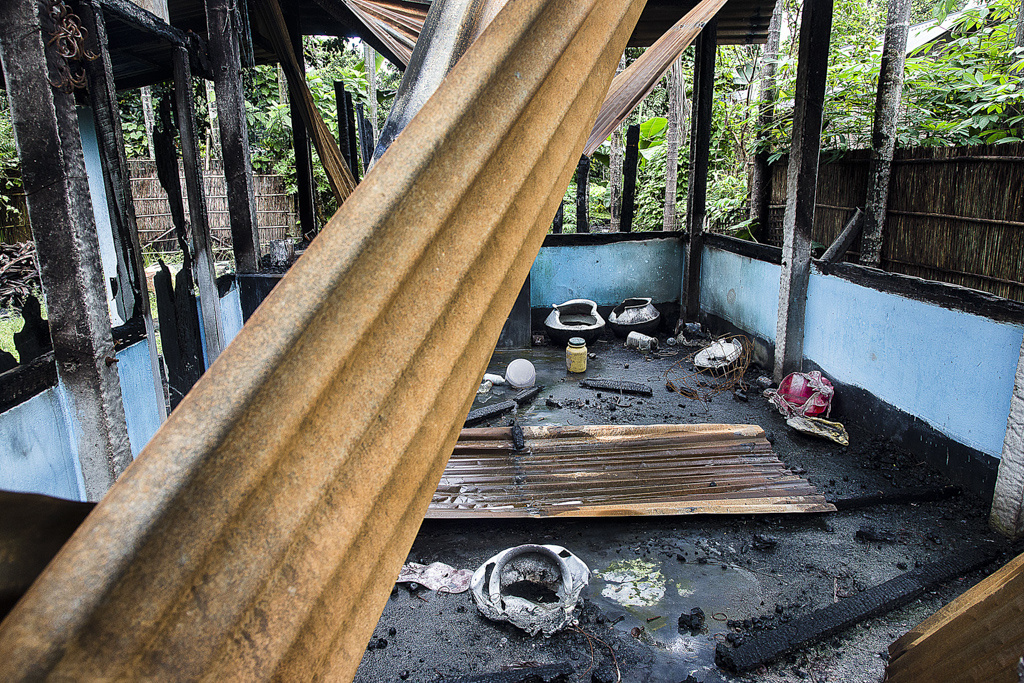 An affluent Bodo Handloom Merchant's kitchen in Tulsibil, a predominantly Bengali Muslim geography in Gossaigaon where a LPG cylinder was used to burn the house 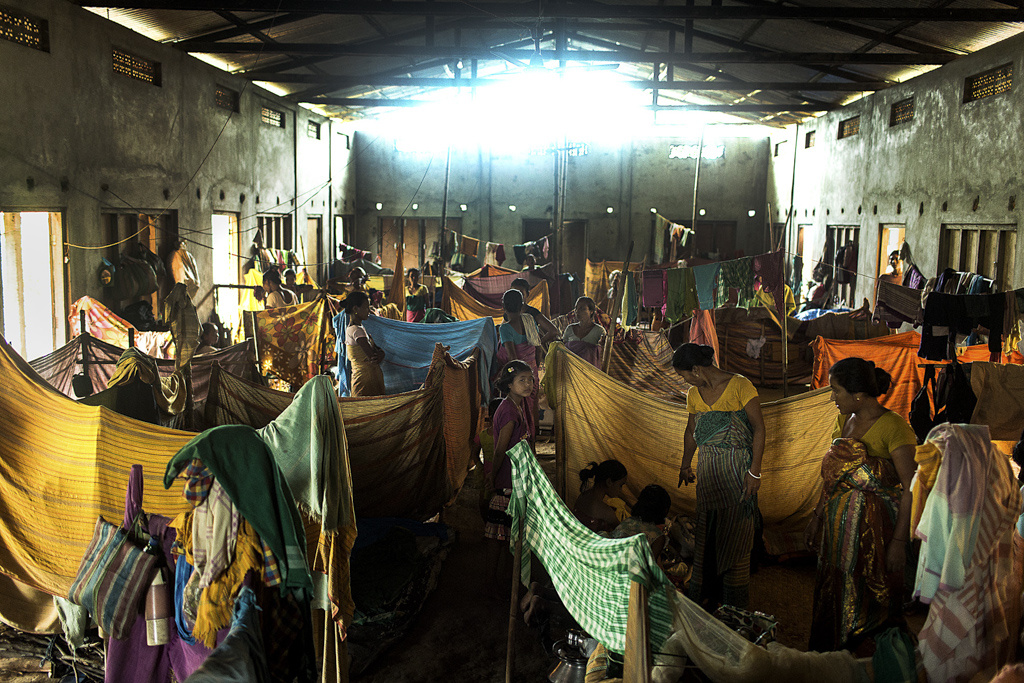 Bodo women from Jogdai, Sangla, Fokiragaon and Pharogura jostle for space and survival at Sukhanjora relief camp. Over 700 inmates share just three toilets at this camp 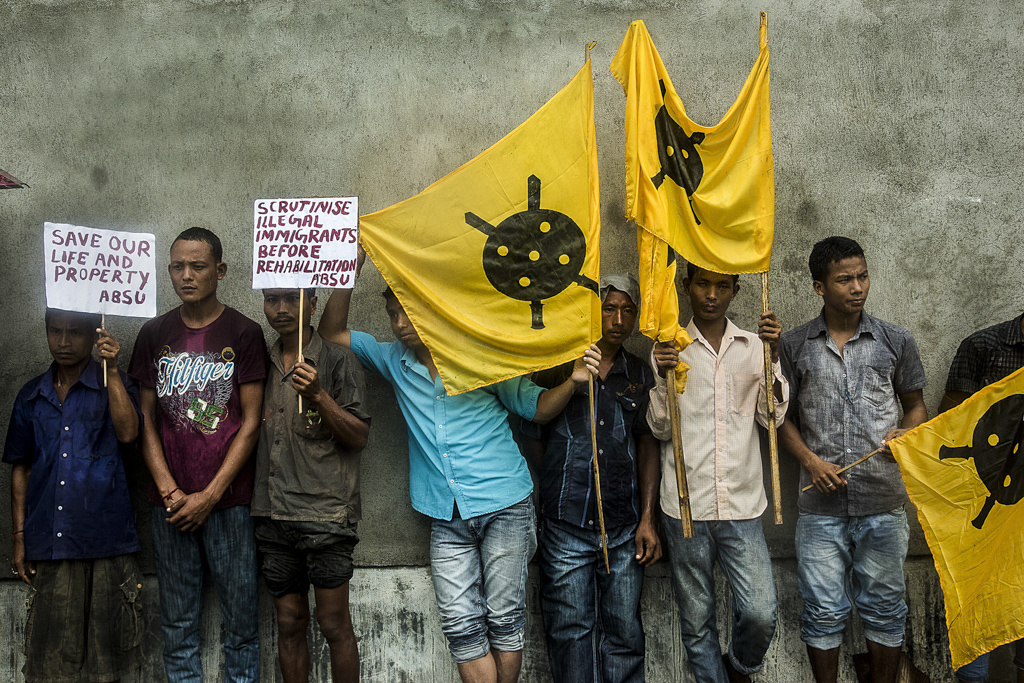 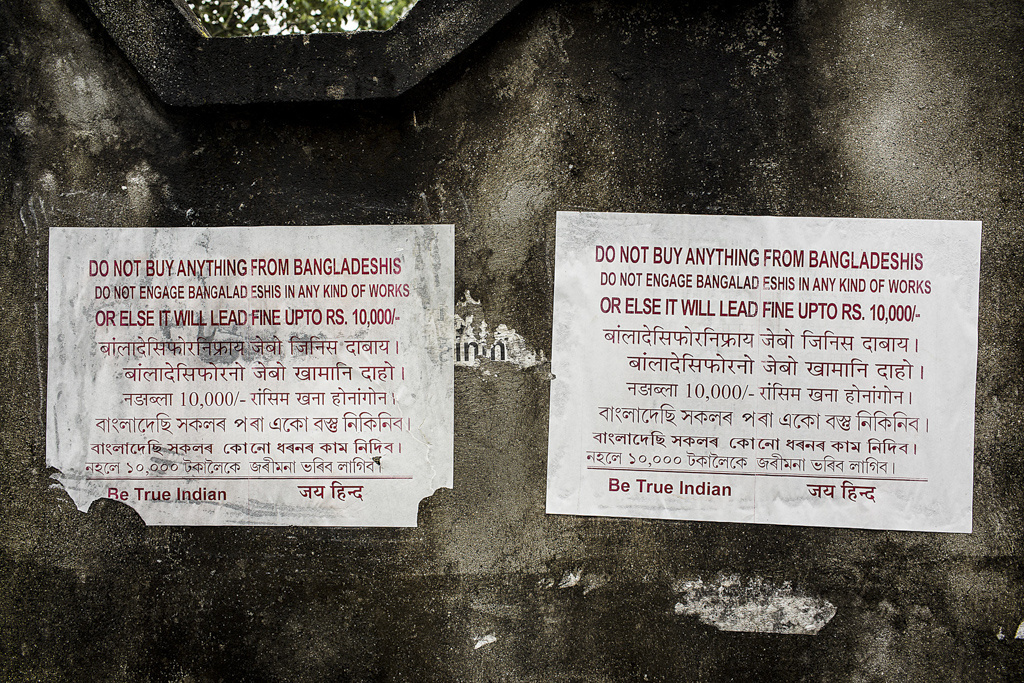 a poster outside Gambaribeel relief camp in Gossaigaon forbids locals and refugees from buying anything from Bangladeshi Muslims and threatens a stiff penalty as punishment. Similar posters, asking people to not give shelter to â€œillegal immigrantsâ€, were seen pasted on the walls of educational institutions in Jorhat in October 2012 as well. 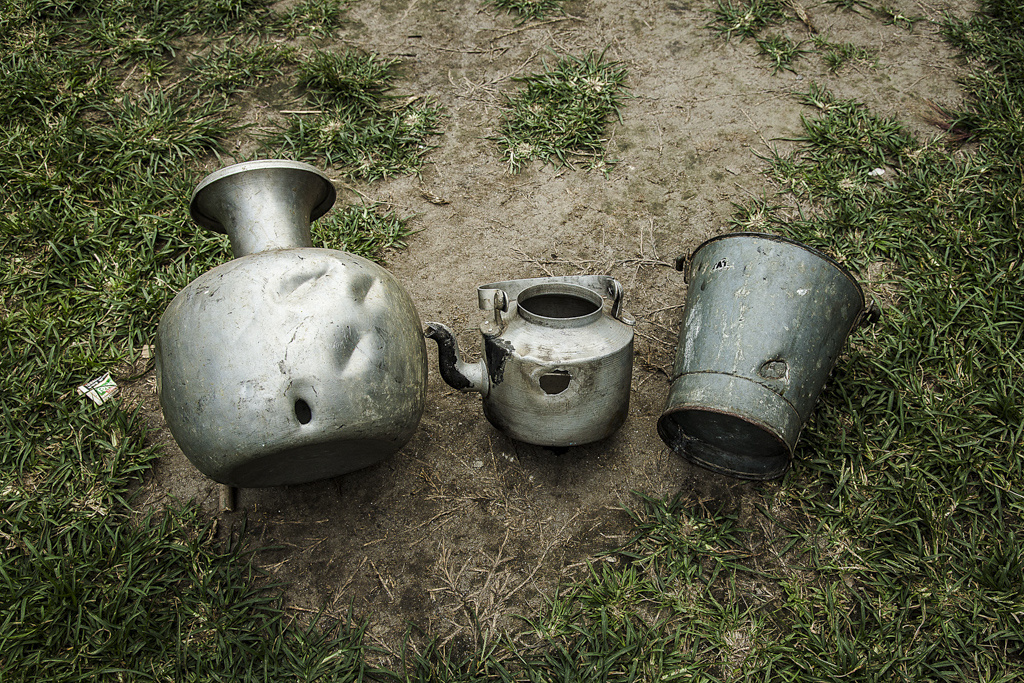 Utensils with bullet holes at Bengtol Hr. Sec. School refugee relief camp that house 1549 bengali muslim. Before firing at the houses, the miscreants fired few rounds in the air and then targeted the cattle around 8.30am on 26th July, 2012. 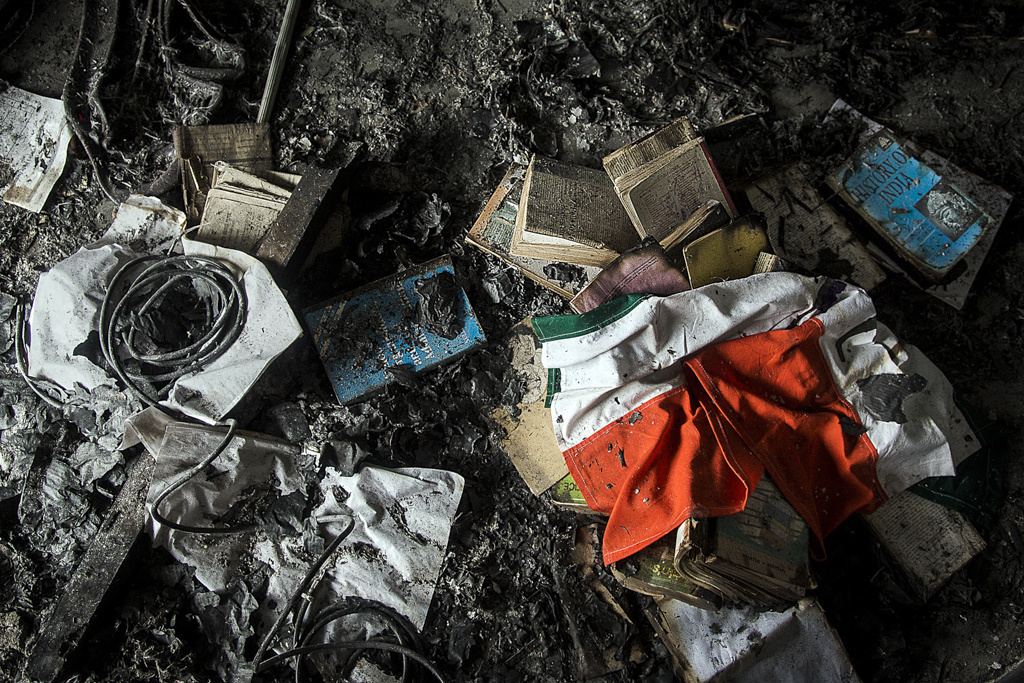 The Indian Tricolor, a book on History of India destroyed at an educated, local political Bodo leader's home in Aminkata, a village in the border area of Kokrajhar 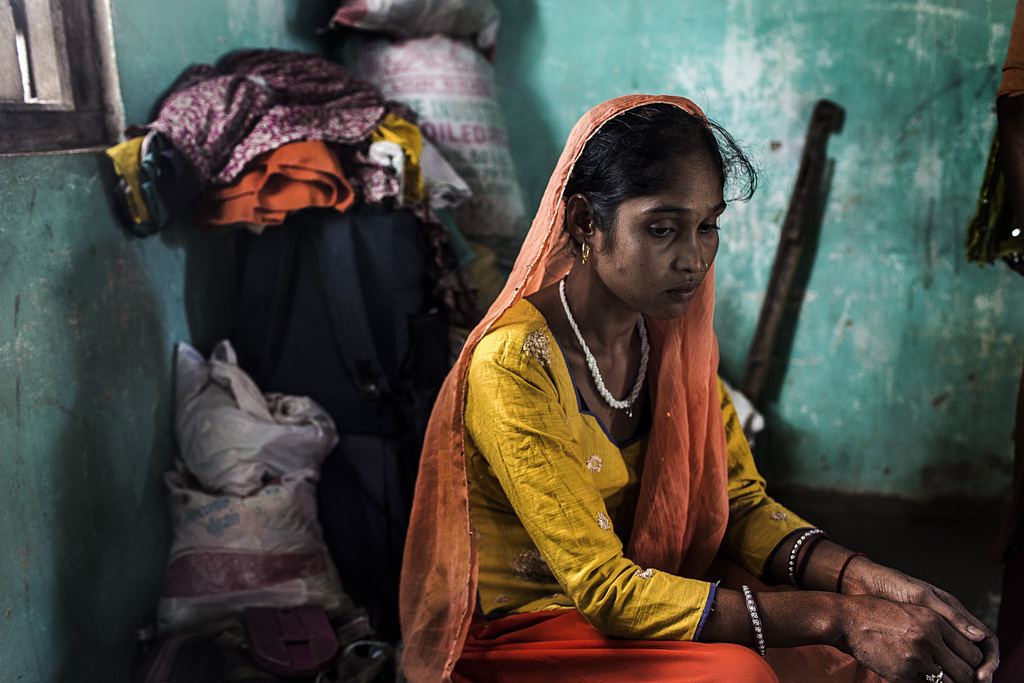 A Bengali muslim woman, Sahara bibi at Hapapara refugee relief camp, who carried her 103 yr old mother on her back across the river when her village in Kokrajhar district was gutted 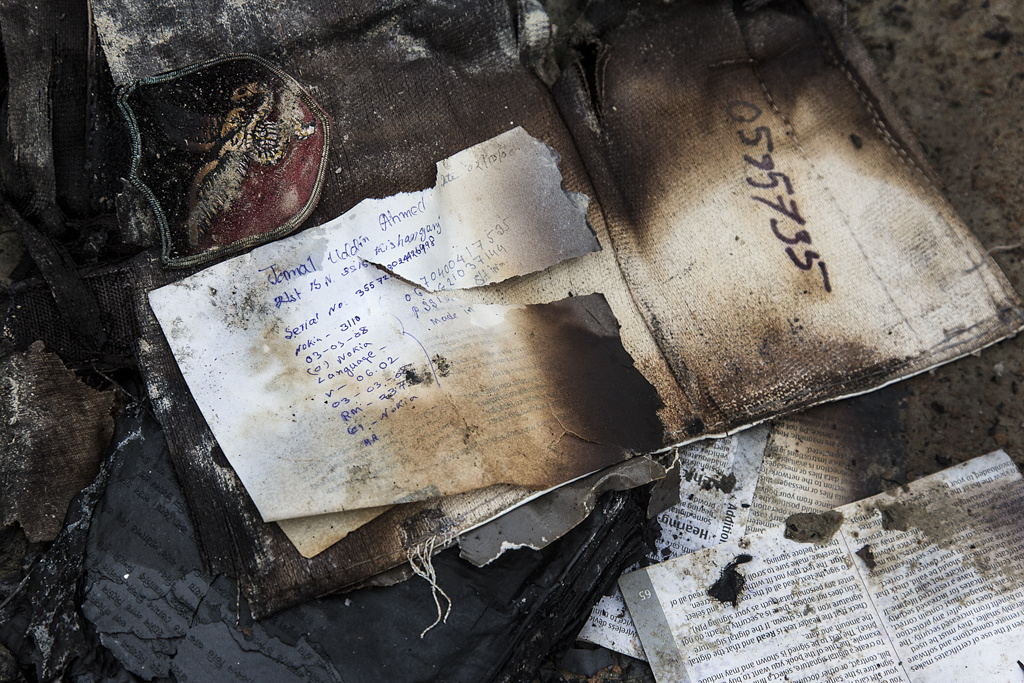 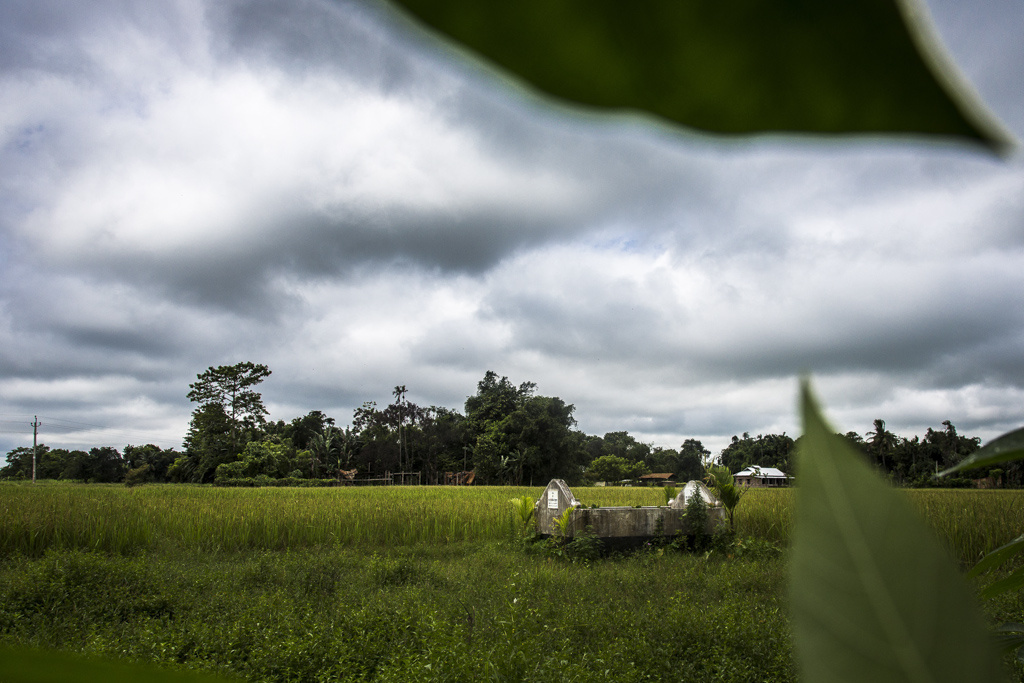 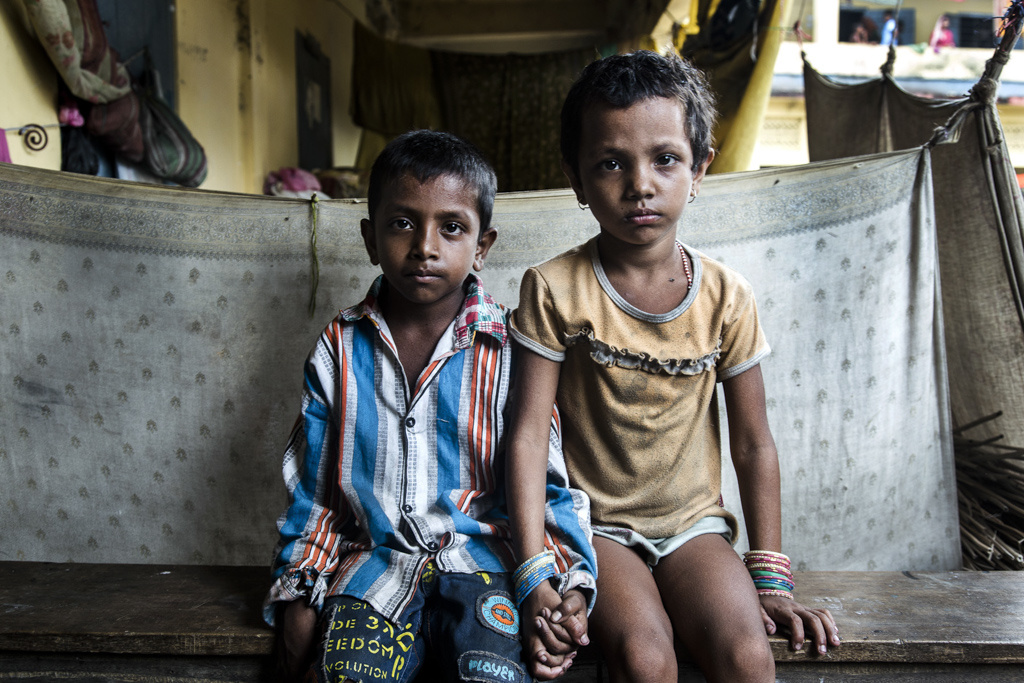 A makeshift muslim refugee relief camp at Mojabari, Chirang District which houses Bengali and Bihari Muslims. Due to the governments' insistence on reopening of the schools, the Internally Displaced People (IDP's) were moved to makeshift relief camps. While they were given food grains, clothing and utensils were facilitated by Muslim NGO's. 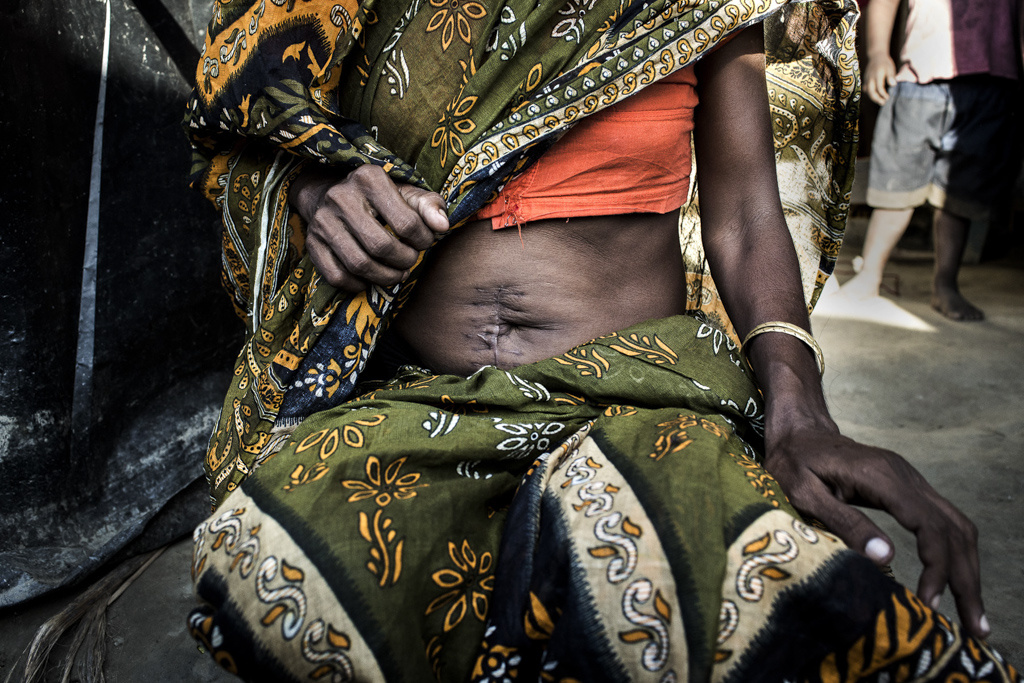 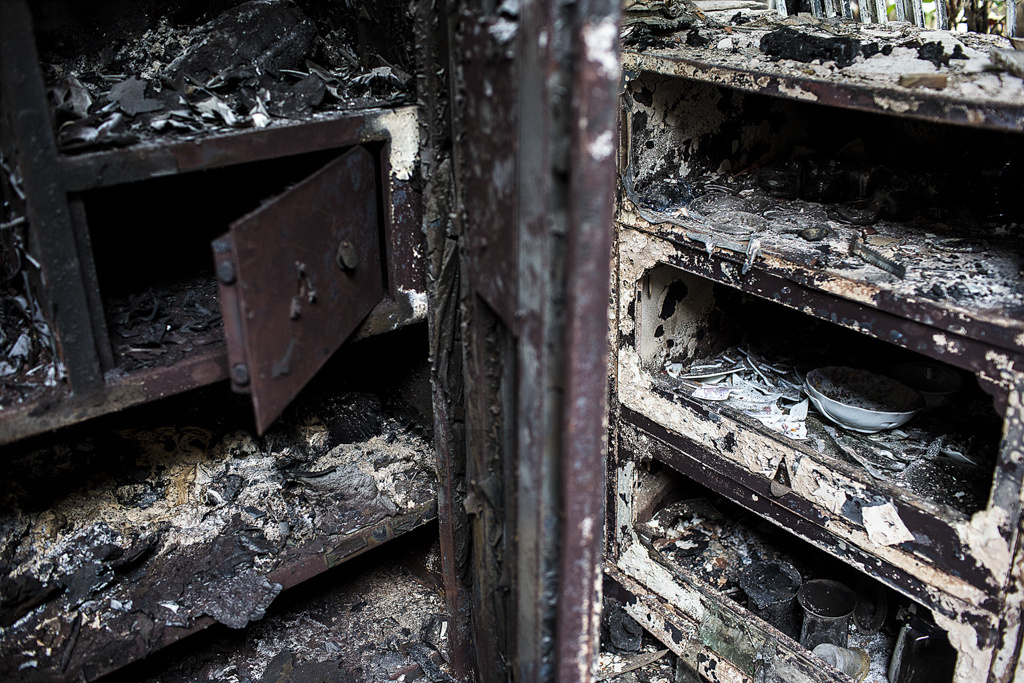 A charred steel cupboard and an utensil rack with the remains of what the fire couldnt consume, in a Bodo home in Tulsibil. Boxes, cupboards and safes were opened up and looted before being torched. 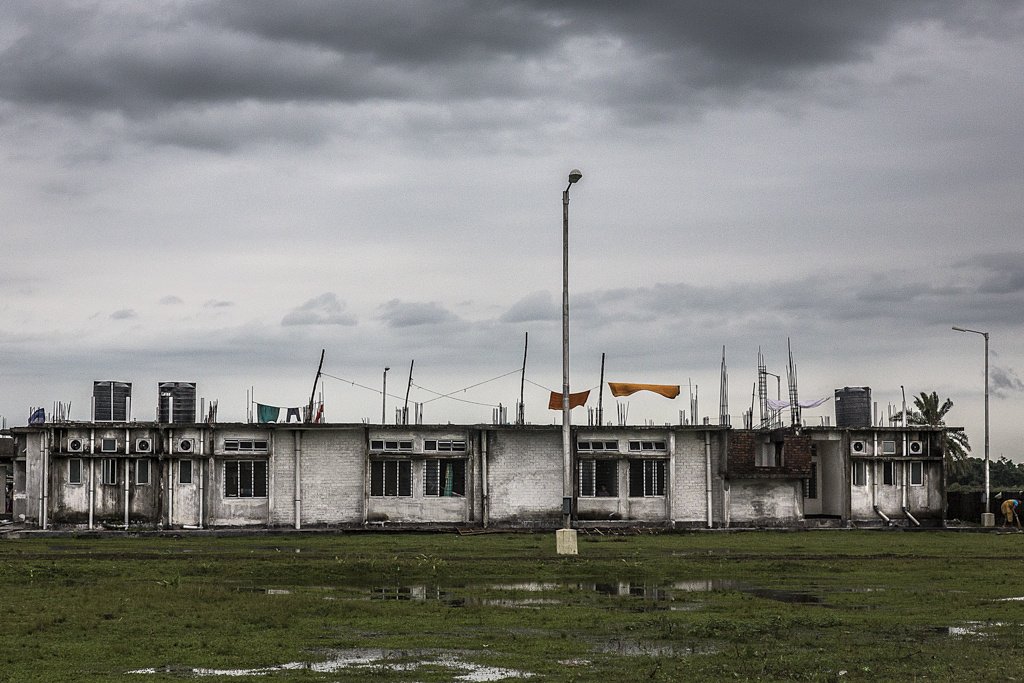 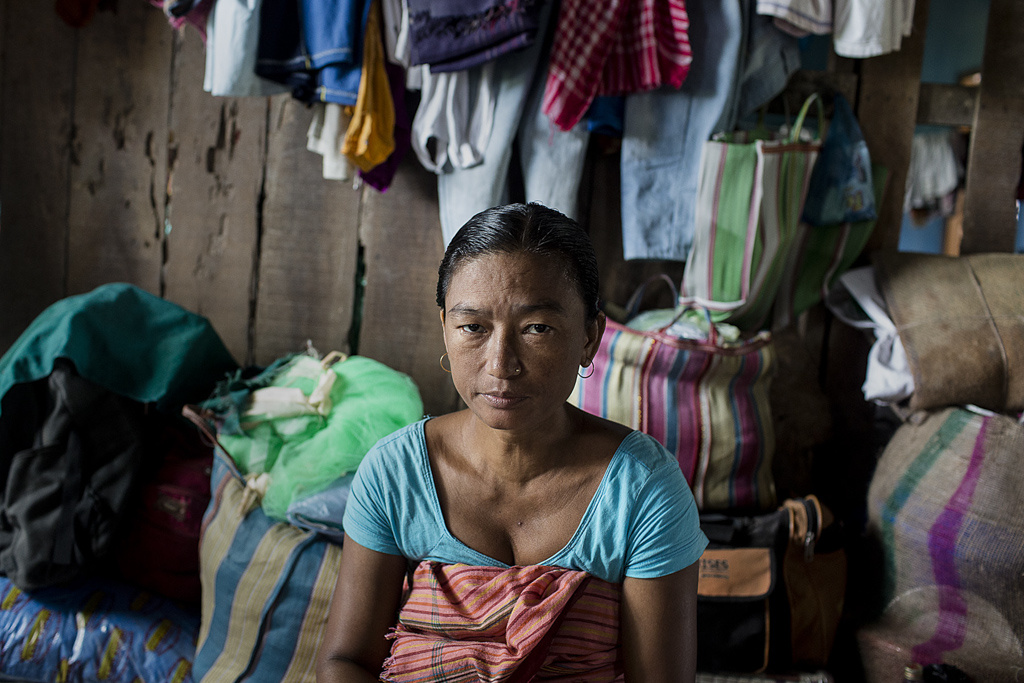 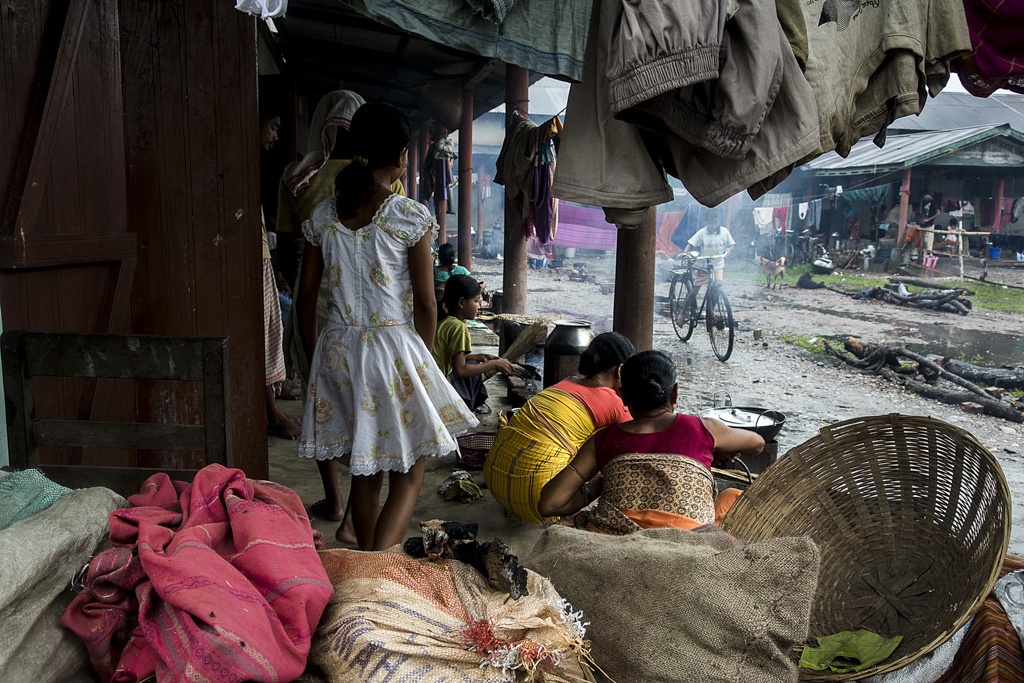 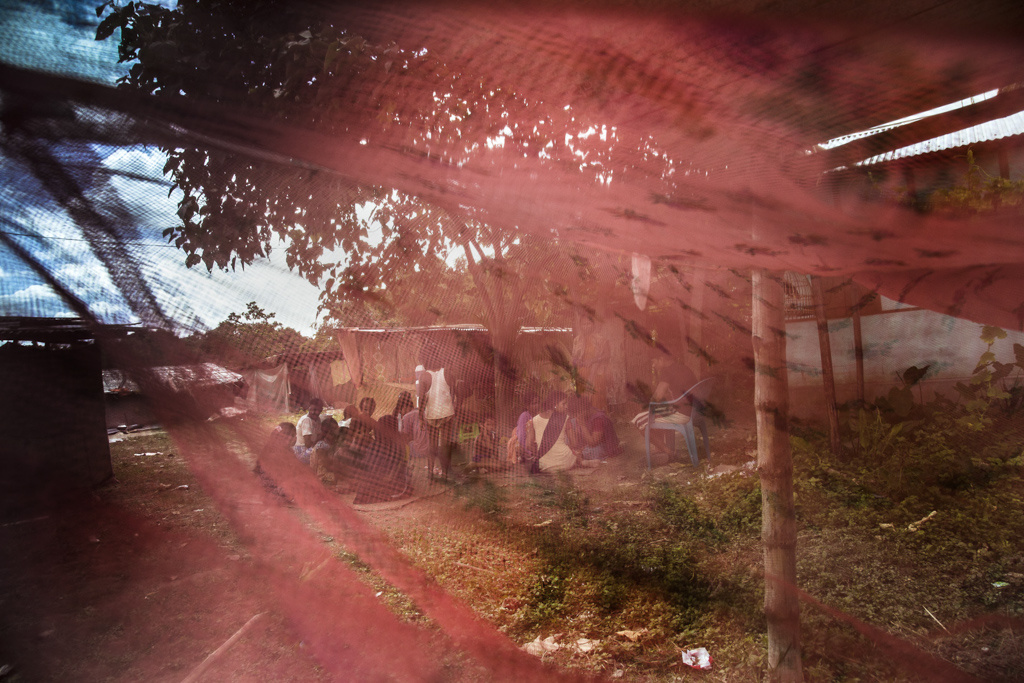 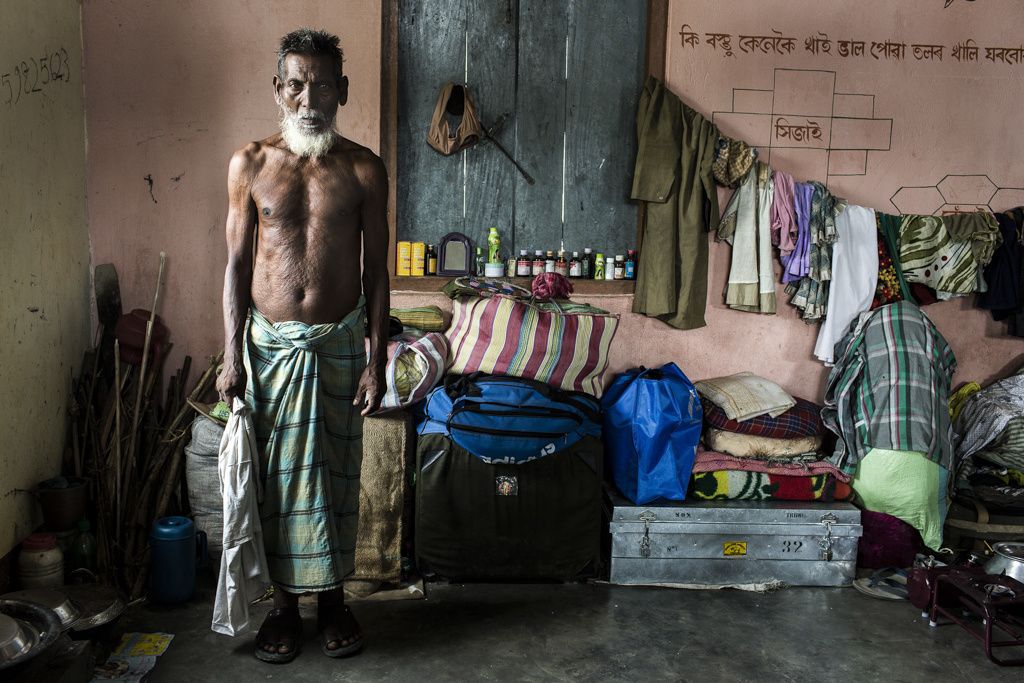 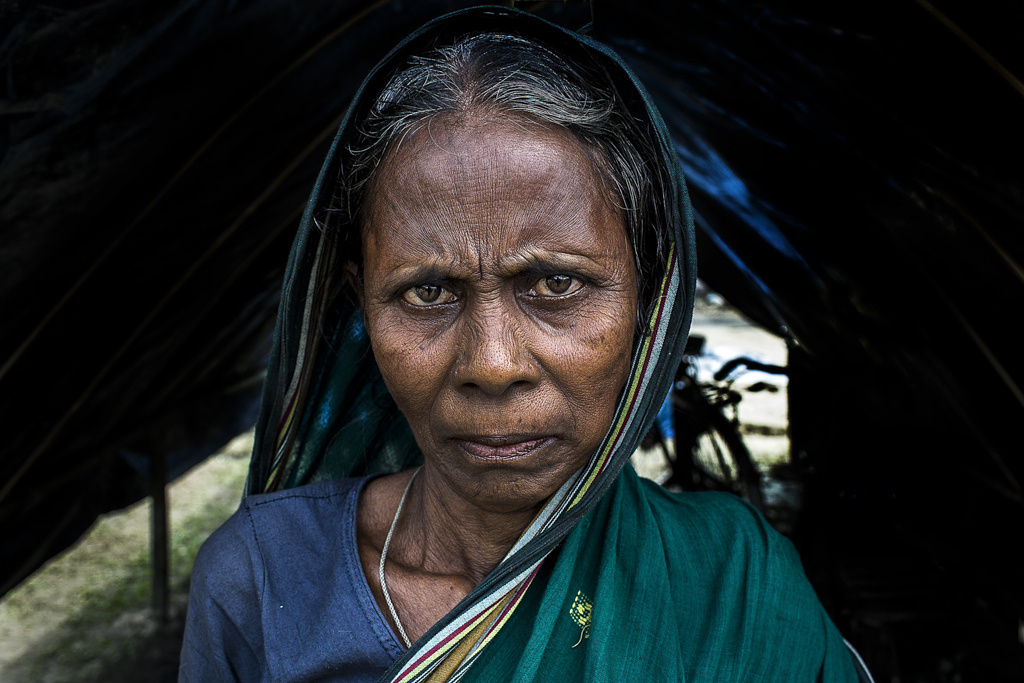 Deep lines form on Rohima Begumâ€™s forehead as she complains that the government has been distributing only clothes and medicines, and no utensils. At home or in a tattered tent, the hearth remains her main concern; Bilasipara refugee relief camp. 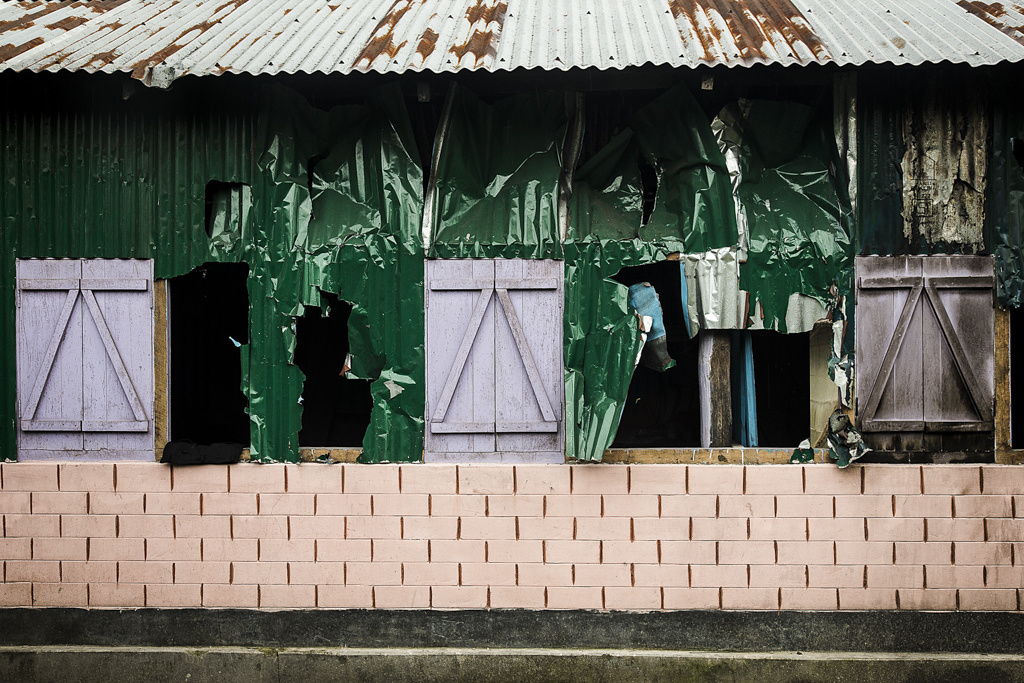 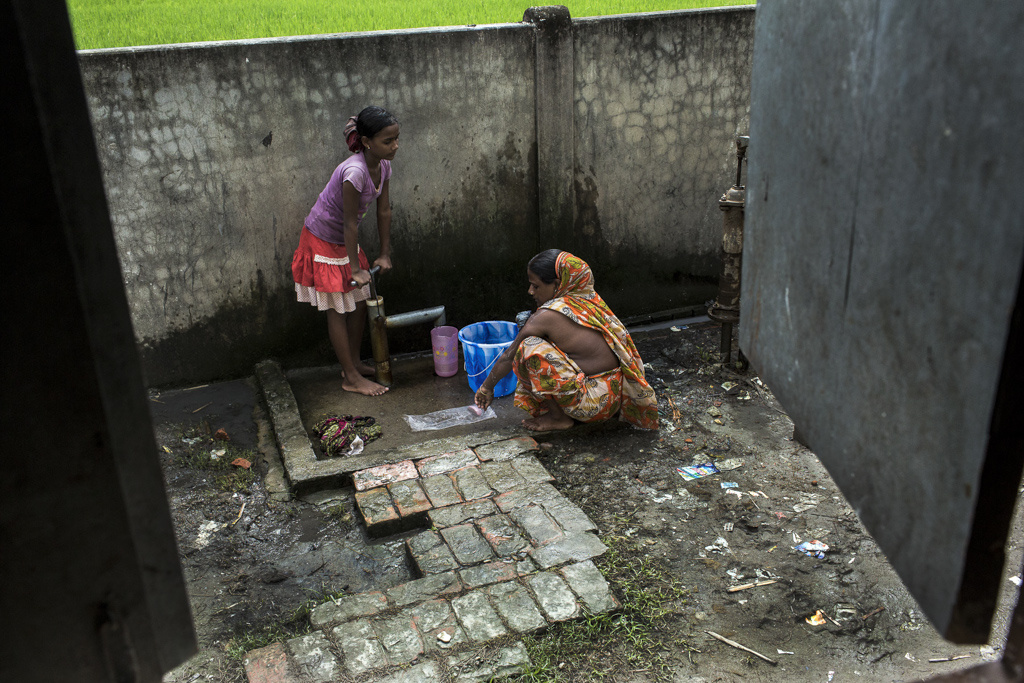 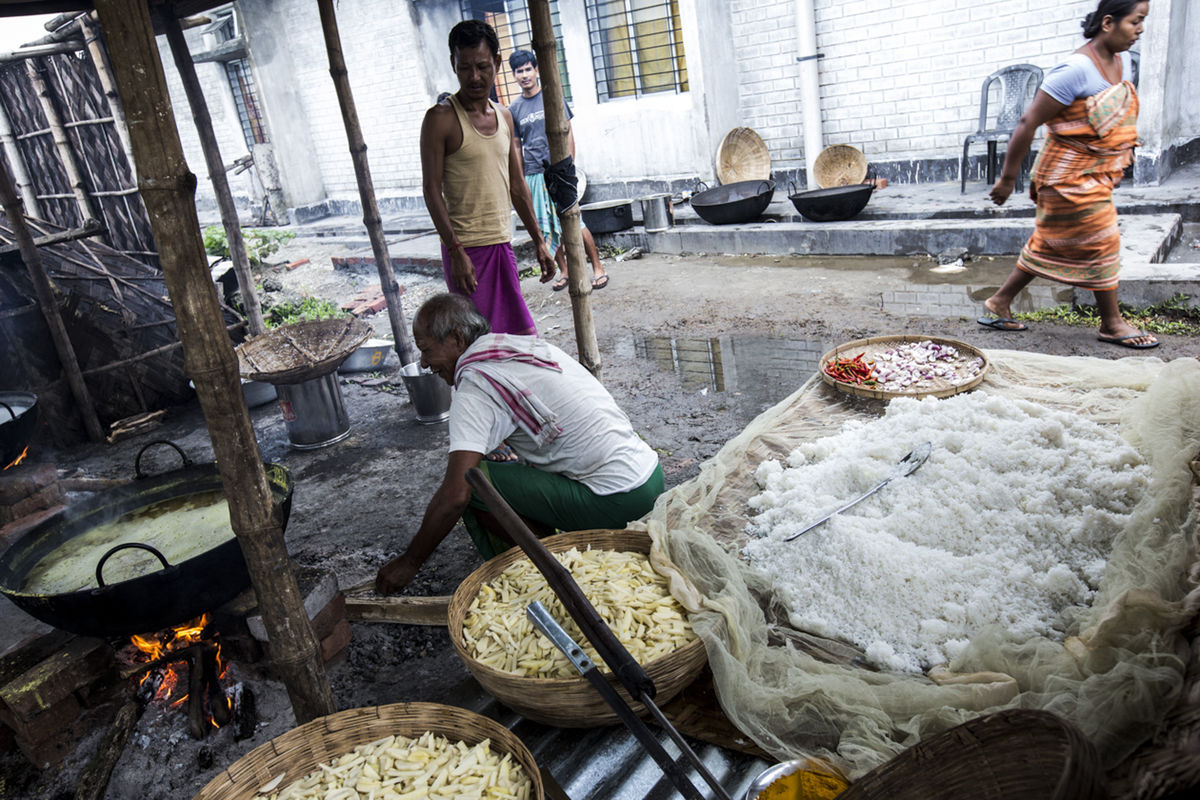 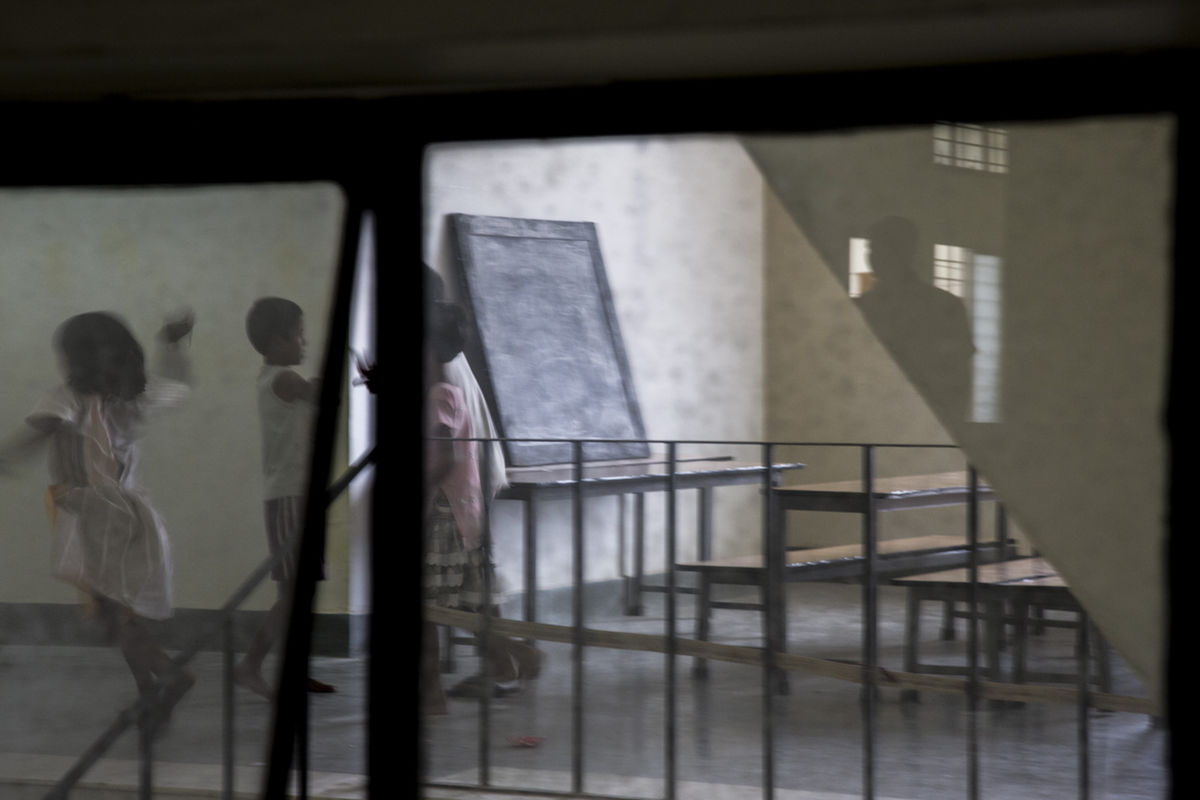 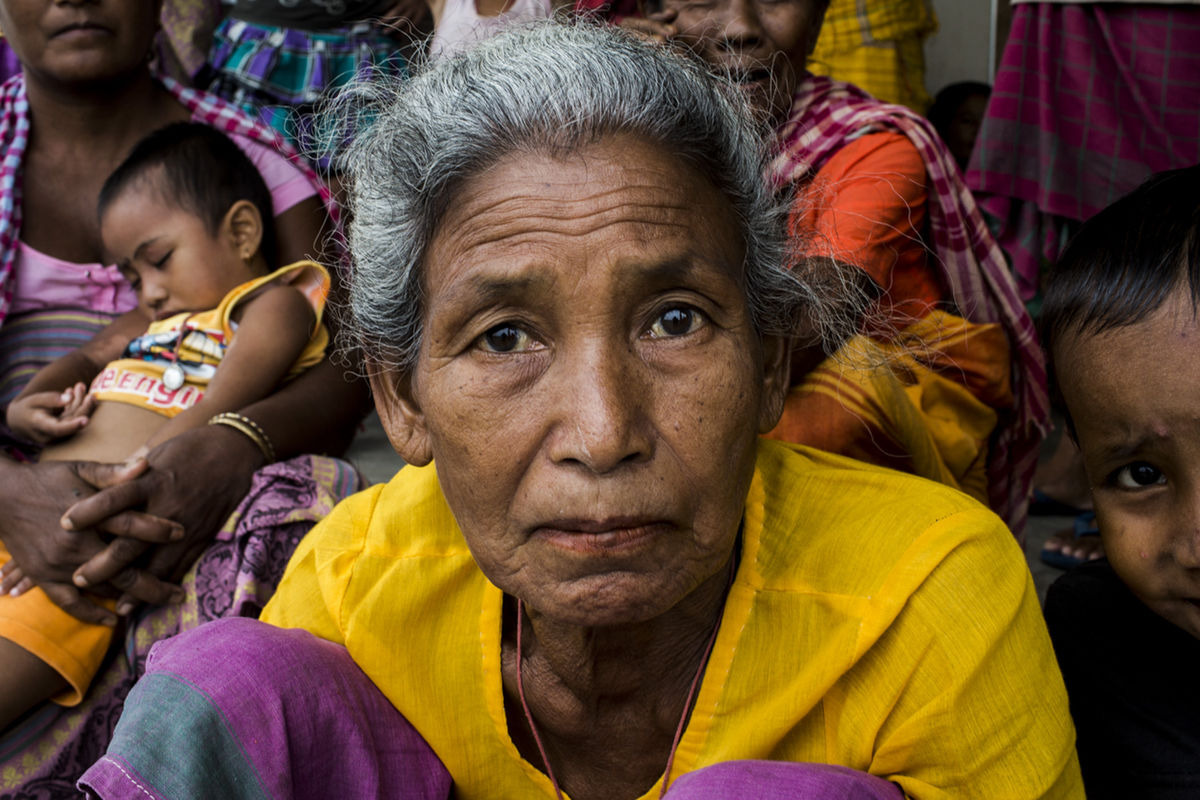 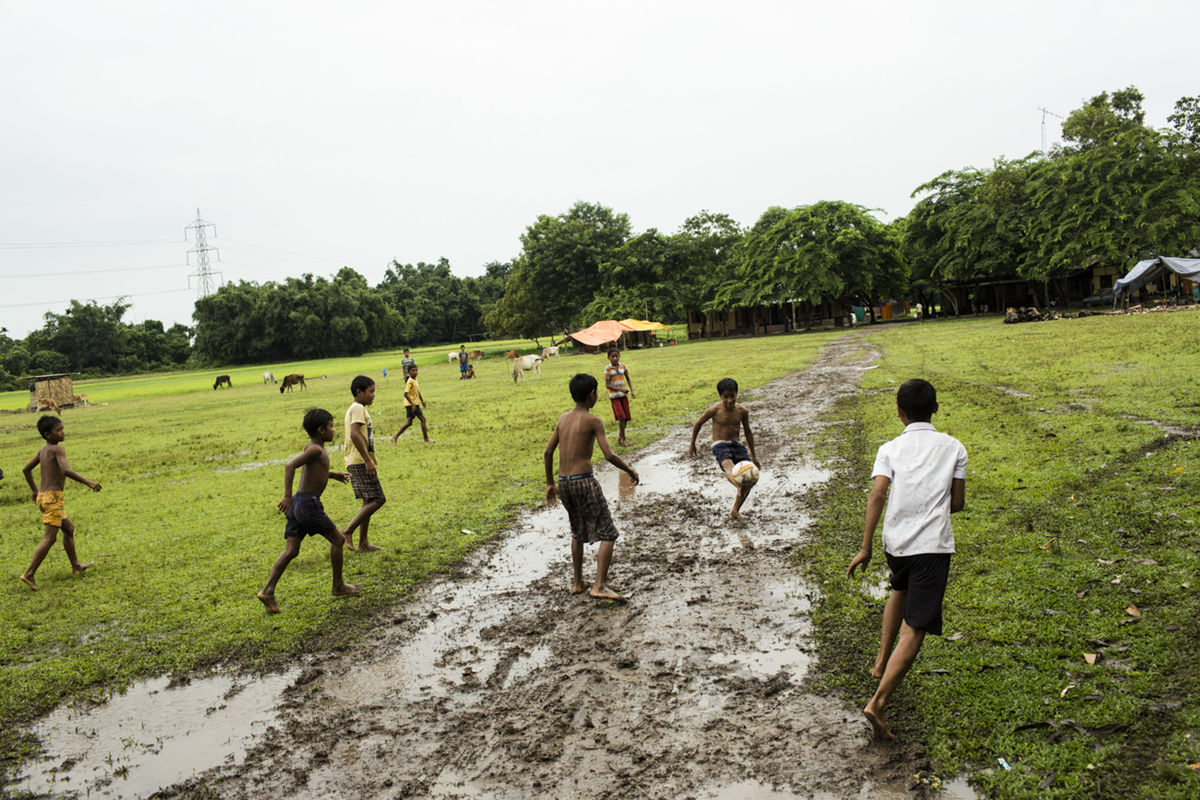 Violence in Assam: A new blood-soaked episode of an old story : Text by Samrat Choudhury

Through July and August this year, there were riots in the Kokrajhar district of Assam in Northeast India. Local Bodo tribals and Bengali speaking Muslim settlers clashed violently in little known villages and towns in the poor, underdeveloped area. By the time the Assam government and Indian Army were able to contain the situation, around 77 people had been killed, and 400,000 were homeless, their mostly humble homes lost to arson and looting.

Most of these people are still in relief camp limbo, waiting with diminishing hope for the day they can return to their former houses to try and rebuild their lives.

The chances of return, at least for the Bengali Muslims affected by the riots, is slim. Victims of an earlier series of similar riots in 2008, numbering over 100,000, are still in relief camps in Assam.

The Bodoland Territorial Council administration has made it quite clear that it will not allow anyone without Indian citizenship documents to settle in its territory. It suspects that many of the Bengali Muslims are illegal immigrants from Bangladesh.

Throughout Northeast India, and Assam in particular, fear and loathing for the Bengali immigrant has long been rife. The story stretches back at least to the days of the British Raj, when following the conquest of Burma in 1826, these areas which had been under Burmese suzerainty began to open up to the world.

The British rulers ruled through the Bengali babu. For the generally unlettered tribal, the first experience of a strange new government was at the hands of this babu. People who had no concept of bureaucracy or hierarchy were subjected to these by the babu. Business gradually came in, in the form of Marwari and Sindhi traders. Even in farming, there was a new challenge, in the form of the Bengali Muslim farmer. Land in Assam was given to farmers from what is now Bangladesh during the early years of the 20th century, under British rule and during the premiership of Mohammad Saadullah. There were also strong demands from the Muslim League for the inclusion of Assam in Pakistan, and the Sylhet district of Assam became a part of that country in 1947.

After the Partition of India on the basis of religion, the Bengali Muslim who held on to his identity became the foreigner. He was also the one who competed directly with locals over agricultural land. Of all threats, he therefore came to be seen as the biggest threat.

Bangladesh has the highest density of population for any country in the world outside of city states like Hong Kong. For a full sized country, it has more people per sq km than anywhere else on earth. There are 964 people per sq km in Bangladesh, compared to 149 Northeast India.

The border between Bangladesh and Northeast India runs for 4,100 km, often bisecting villages and even individual houses. It was a meaningless border for decades after an Englishman named Cyril Radcliff who had never been to India sat in an office and drew some lines on a map.

And so, the movement of people across this meaningless border continued. In 1971, millions of people came across as war refugees. After Bangladesh emerged as an independent country from this war, most of the refugees returned home.

However signs that economic migration into India was on continued to emerge from time to time. Congress politicians who found a ready vote bank in these mainly Muslim migrants did nothing to stop it. Resentment and fear of loss of lands and livelihoods continued to rise, until it exploded in horrific violence at Nellie in Assam in 1983.

This was at the height of the Assam Agitation that started in 1979, whose main plank was expulsion of Bangladeshis from the voter lists. The agitators had refused to allow elections until this was done. The Indian government under Mrs Indira Gandhi decided to barrel ahead nonetheless. At least 2,200 people, all suspected Bangladeshis, died in one night of brutality in Nellie as a consequence of this.

The struggle has not ended. The factors that drove migration out from Bangladesh havenâ€™t gone away. Nor have the fears of local ethnic groups in the Northeast, who are relatively few in numbers compared to the massed millions in Bangladesh on one side and West Bengal and Bihar on the other.

Until these tectonic forces can be tamed, there will be bloodshed over space and resources in Northeast India, again and again. Only the particular Northeastern group that rises in revolt may vary.

The Bodos are the latest to have embarked upon what their opponents, with some justification, call ethnic cleansing. The machinations of politicians and the strange interplay of forces produced by armed insurgent groups and shady intelligence agencies all played their parts in channeling fears and frustrations into rioting.

There is good reason to believe that state politics in Assam had something to do with the eruption of violence in the Bodo areas. The Assam chief minister Tarun Gogoi himself is on record blaming â€˜internal and external forcesâ€™ for the violence. A probe by the Central Bureau of Investigation has been ordered. Sources who decline to be identified have told this writer that a political tussle between two ministers was a contributing factor.

The Bodoland Territorial Council itself is run by former militants, who have evidently not given up their firearms.

The Bodo leaders are pushing for statehood within the Indian union. The Bengali Muslim population is in search of land, jobs, and the rudiments of lives of dignity. Both groups have memories of lost glory: the Bodos were the original rulers of Assam, until the Ahoms came along 800 years ago. The Muslim leaders in their rhetoric pitch themselves as descendants of the Mughals, who were the first invaders to reach these areas from lands to their west, in the 17th century.

So long as the aspirations of both groups remain unaddressed, conflict is bound to be a recurring theme in Assam.

Samrat is Editor of The Asian Age, Mumbai, and author of The Urban Jungle (Penguin, 2011). He is from the Northeast and writes on it for various national and international publications. 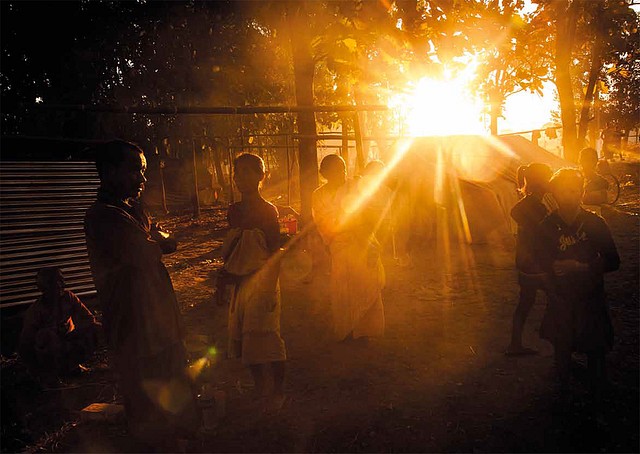